No. of areas reduced under AFSPA in Assam, Manipur, Nagaland; How have CMs reacted? 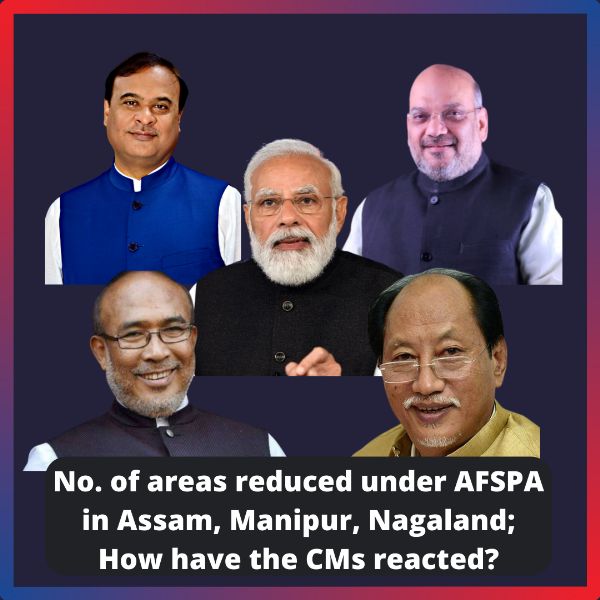 Taking a monumental decision, the Government said on Thursday that areas under the Armed Forces Special Powers Act (AFSPA) in north-eastern states of Nagaland, Assam, and Manipur will be reduced. The Act has not been completely removed, however, the government has clarified that the decision will considerably reduce areas under the AFSPA effective April 1, 2022.

“Reduction in areas under AFSPA is a result of the improved security situation and fast-tracked development due to the consistent efforts and several agreements to end insurgency and bring lasting peace in North East by PM Modi Government,” HM Amit Shah said in a tweet.

In Assam, where AFSPA has been in force since 1990, the ‘Disturbed Area’ tag will be removed completely from 23 districts, and partially from one district, according to a PIB release.

In Manipur, where civil society organisations and activists have long fought for the law’s repeal, 15 police station areas of six districts will be excluded from the purview of the act, the release read.

In Nagaland, the Centre has accepted the recommendation of a high-level committee formed in the aftermath of Mon killing to withdraw AFSPA in a phased manner, said the release. Therefore, the Disturbed Area Notification is being withdrawn from 15 police stations in seven districts in Nagaland with effect from April 1.

As per AFSPA, a “disturbed area” is any area in a state or a Union Territory to which this Act extends where the governor or the administrator “is of the opinion that the whole or any part of such state or UT… is in such a disturbed or dangerous condition that the use of armed forces in aid of the civil power is necessary."

The Act also says any commissioned officer, warrant officer, non-commissioned officer, or any other person of equivalent rank in the armed forces in any disturbed area, after giving such due warning as he may consider necessary, can fire upon or otherwise use force, even to the causing of death if he is of opinion that it is necessary so to do for the maintenance of public order.

Moreover, officers positioned under AFSPA can arrest any person without warrant in connection with the commission of a cognisable offence or even on the reasonable suspicion that the person has committed or is about to commit a cognisable offence. The Act allows such officers to “use such force as may be necessary to effect the arrest."

The Chief Ministers of Assam, Manipur, and Nagaland welcomed the Centre's decision to reduce 'disturbed areas' in each of their states that come under the AFSPA.

He also thanked HM Amit Shah for freeing around 60 percent area of Assam from AFSPA.

“AFSPA has been in force since 1990 & this move marks the beginning of a new chapter in Assam’s future. It is a testimony to the significant improvement in law & order in the State. With peace getting primacy, North East is now on a new trajectory of growth & development,” he tweeted.

Terming the decision as “historic”, Manipur Chief Minister N Biren Singh said it was the result of “robust development and improved security situation” under various initiatives adopted by PM Modi in the northeast.

"The decision will lead to a new era of peace, prosperity, and development in Manipur yet again," he tweeted.

Nagaland CM Neiphiu Rio also thanked PM Modi and HM Shah for the landmark decision. He stated that the move was a “significant development” towards bringing security, prosperity, and stability to the northeast.

What are your views on the Hijab row? 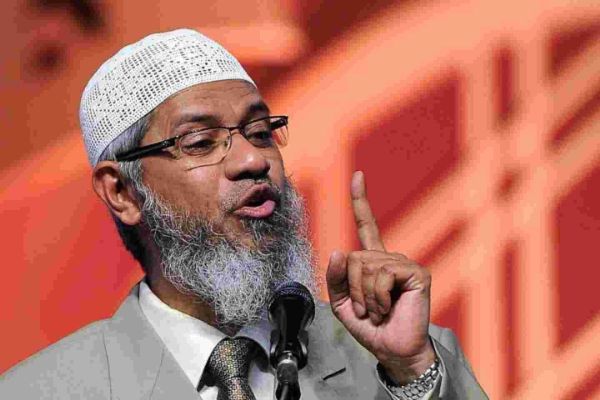 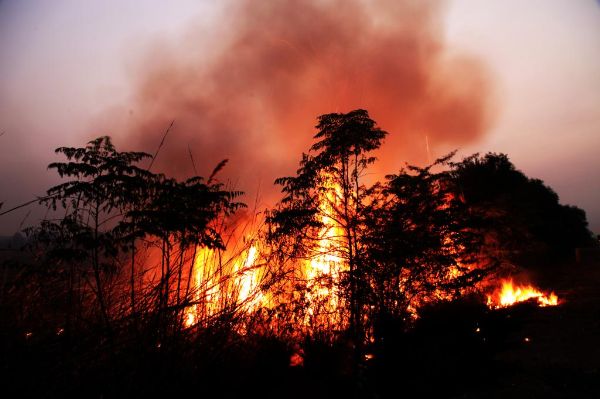 Chhattisgarh: Forest fire raging out of control
2 months ago 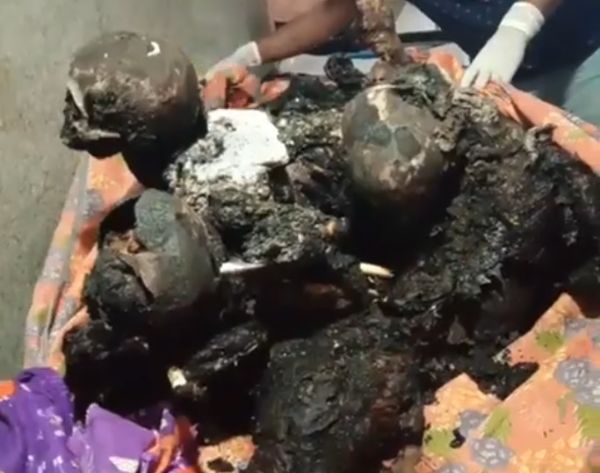 Locked in a house, at least 8 people burned to death in Bengal’s Birbhum district
2 months ago 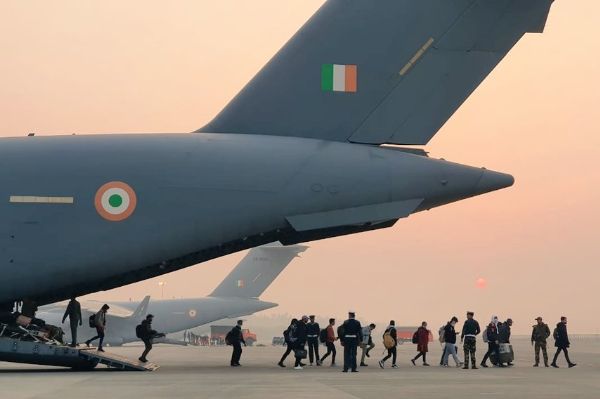 Operation Ganga: A ray of hope for Indians stuck in war-torn Ukraine
2 months ago