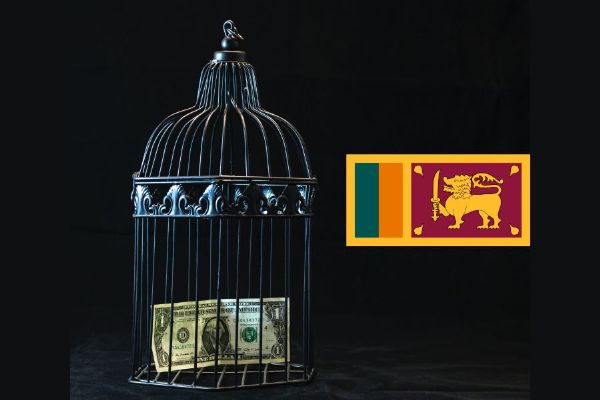 Gotabaya Rajapaksa, the President of Sri Lanka, declared a nationwide state of emergency on Friday, giving a free-hand to the security personnel following the violent clashes which erupted outside his residence when hundreds of supporters tried to storm his house in anger over the ongoing economic crisis in the country. Gotabaya, in a statement, explained that imposing emergency was needed for “protection of public order, and the maintenance of supplies and services essential to the life of the community.” 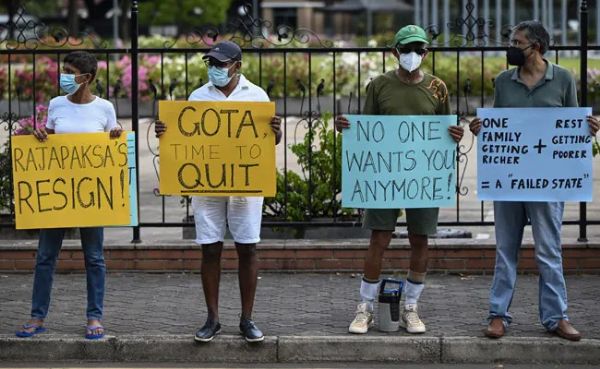 How bad is the situation?

The Government of Sri Lanka has exhausted their foreign exchange reserves, which are used to import goods from other countries. In the last few weeks, experts have claimed that the Lankan Government has witnessed a 70 percent drop in foreign exchange reserves which led to the currency devaluation of Sri Lankan Rupee, resulting in further deepening the economic crisis.

The nation is also going through crippling power cuts, which sometimes even extend up to 13 hours. While public offices have been advised to avoid using ACs, the Government has also directed for the street lights to be turned off. To make matters worse for the common citizens, the Lankan Government is also struggling to meet the daily need for fuel. Huge queues outside the petrol pumps have become a daily spectacle.

The SL regulatory body said, “what we are facing is not an issue of electricity capacity, but a foreign exchange crisis, as the country does not have enough reserves to import fuel.” In fact on February 23, the Bank of Ceylon had released $35.5 billion to pay for a shipment of 40,000 tonne of fuel which was kept waiting at the Colombo port for four days as the government struggled to find funds to pay for it. The Public Utilities Commission is still seeking assistance from the Government to pay for the three ships of fuel that arrived at the port last week. 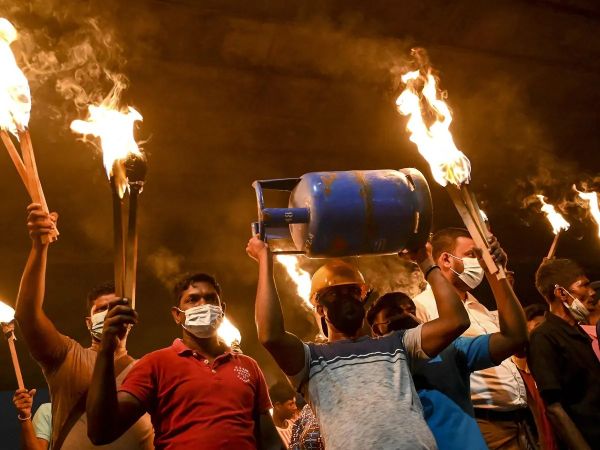 Other than that, basic amenities like cooking gas cylinders have also become scarce as the cylinders are running low on supply, but are high in demand. The supply shortage has caused an unprecedented inflation in their prices. Over the past four months, the price of a standard cooking gas cylinder has shot up from $7.50 to $13.25 – an increase of around 85%.

Mrs. Dilrukshi, a mother of four says, "I used to provide fish and vegetables daily to my children. Now we are giving them one vegetable with rice. Earlier we used to have three meals a day, now sometimes we can afford only two."

In the markets, where the green of veggies and the red of fruits is all around, the shoppers are tense due to the soaring prices. One such shopper said, "with our current monthly salary, we can survive only for two weeks because the prices have shot up. We do not have any hope for the future. Rice prices have also increased. There is a long queue outside government-run shops."

Now, to address the elephant in the room, Sri Lanka is under a mountain of debt, totaling up to more than 45 billion dollars. The country needs to find 6 billion dollars just for debt servicing alone. Sri Lanka owes this money to a multifold of creditors, among whom China is at the forefront as the Chinese Government has lent billions as part of its Belt and Road Initiative (BRI) over the past decade for infrastructure projects like ports and a coal power plant. Sri Lanka has asked China to restructure debt repayments of about $3.5 billion, while the Asian Development Bank and Japan have also lent billions of dollars to the Lankan Government.

The debt that has been mounting for quite some time now has become around 119 percent of Sri Lanka’s GDP. This means that the country has effectively borrowed more value than what it could produce in terms of goods and services. The situation in Sri Lanka has become so bad that the Lankans have started fleeing from their country. Last week, 16 Sri Lankans, including eight children, boarded illegal ferries to India. They were intercepted by the Coast Guard off the Tamil Nadu coast. The state is caring for them, but they will almost certainly not be the last batch of refugees. School exams have been canceled in the country because of the lack of paper. Hospitals have suspended surgeries owing to the lack of medical facilities. 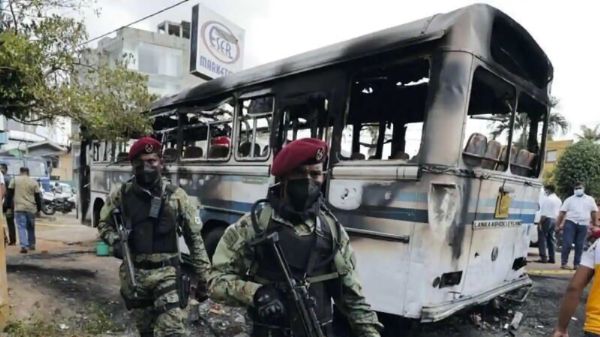 Reports from Reuters bring forward heart-breaking stories of the less privileged class struggling to make ends meet in Sri Lanka, many of whom are now working two jobs, just to survive.

"We cannot survive here anymore," said Indika Perera, 43, a security guard at a private company in Colombo. Perera now spends over half his salary on groceries for his family, but still cannot get more than rice once a day for his three children.

What led to the crisis?

Experts have identified multiple reasons behind the crippling economy of Sri Lanka. Although, the major reason remains economic mismanagement by several Governments over a period of 10 years which led to the creation of a twin deficit – a budget shortfall alongside a current account deficit.

In a 2019 Asian Development Bank’s paper, it was said that “Sri Lanka is a classic twin deficits economy.” Further explaining what a twin deficit economy is, the paper read “twin deficits signal that a country’s national expenditure exceeds its national income, and that its production of tradable goods and services is inadequate.”

There were, however, several other factors which brought the doomsday closer for Sri Lanka. The Rajkapasan Government had promised deep tax cuts during its 2019 election campaign which were enforced just months before the pandemic struck which led to wiping out huge chunks of Sri Lanka’s economy.

To make matters worse, Sri Lanka’s tourism industry, which had taken a blow after 2019’s Easter bombing, was torpedoed by the onset of COVID-19, further deepening the economic crisis. Credit agencies all over the world went on to downgrade Sri Lanka and effectively locked it out of the international capital markets. As a result, Sri Lanka’s debt management programme, which was totally dependent on accessing those markets, derailed and foreign exchange reserves plummeted by almost 70 per cent in two years.

The Lankan Government’s decision to ban chemical fertilizers also went against them, and led to a drop in the critical rice crop. Moreover, with Russia invading Ukraine, the crisis further deepened as Sri Lanka relied on Russian fuel. Additionally, high freight rates accelerated the crisis for the Lankan Government. According to a report, “the average cost of shipping a standard container from Europe to Asia has increased from around $2,000 in 2020, to over $10,000 last year.”

What does the future hold?

Since November, when experts had predicted the crumbling of the Lankan economy, rating agencies like Moody's, Fitch, and Standard & Poor had all downgraded Sri Lanka on debt default worries. Fitch has estimated Sri Lanka will also need to arrange for $2.4 billion to help state-owned and private firms in the country to honor 2022 debt obligations; these will be over and above the $4.5 billion Central Government debt. As of now, the country will also need to gather around $20 billion for essential imports such as fuel, food, and intermediate goods for exports.

For months, the Rajkapasan Government had been dodging calls from opposition leaders and economic experts, who were suggesting the government to seek help from the IMF, but as the crisis deepened, the government eventually drew up a plan to approach the IMF in April. The IMF is willing to initiate discussions with the Sri Lankan authorities for a possible loan programme in the “coming days,” said an IMF spokesperson. In the interim, Rajkapasa has also seeked help from its neighboring countries – India and China. The Chinese have lent heavily to the Lankans in the past through a series of infrastructure projects, and after providing the CBSL (Central Bank of Sri Lanka) with a $1.5 billion currency swap, and a $1.3 billion syndicated loan to the Government, China is considering offering the island nation a $1.5 billion credit facility and a separate loan of up to $1 billion.

Also Read: India’s another blow to China in the Indo-Pacific

What is India doing to help? 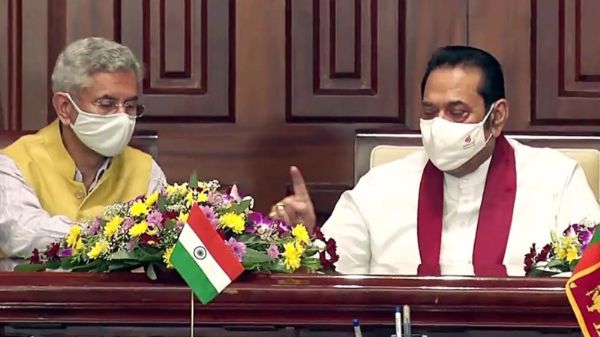 History is a testament to the fact that India has always helped its neighbors, and this time the Government of India (GoI) has stepped in to help the neighboring country of Sri Lanka. India in February had sent 40,000 tonne of fuel to the country to help allay its crisis. In January, India signed off on a $400-million credit swap facility, and deferred an Asian Clearing House settlement of $515.2 million.

On February 2, India had extended a line of credit of $500 million to Sri Lanka to buy petroleum products. “The Government of India support for fuel imports by Sri Lanka from India, through the line-of-credit of USD 500 million is in response to GoSL’s urgent requirement. This critical support comes in the wake of a virtual meeting between the External Affairs Minister of India, and his the SL Minister of Finance Basil Rajapaksa on January 15, 2022, during which they discussed a range of issues,” the High Commission of India in Sri Lanka had stated in a press release.

Basil Rajapaksa will also be visiting India to formalise an economic relief package for the country. He had earlier visited India in December 2021 to discuss Sri Lanka’s economic crisis.

Experts have suggested that Sri Lanka should establish a three-year repayment structure as doing so would lessen the burden on the citizens of Sri Lanka. Verité Research Executive Director and Economist Dr Nishan de Mel told Reuters, "Sri Lanka is unreasonably committed to repaying its debt. It is more prudent to press pause on debt repayment and take care of critical economic needs."

Sri Lanka’s economic crisis could have been avoided, but the economic mismanagement, and the welfarism schemes launched by successive Governments have created a grave crisis for the people of Sri Lanka, who are now paying thousands for food and gas, and are deprived of electricity. The country is now trapped in a vicious cycle of borrowing, which will be difficult to get out of, until the IMF bails them out once again.

The citizens of Sri Lanka have taken it to the streets, protesting against the government and the mighty Rajkapasas, who the people are blaming for the crisis. The SL Government responded by imposing an emergency in the state which has given the army the right to detain anyone without any warrant. The army is now arresting and detaining anyone they deem appropriate, and several journalists and protestors have fallen prey to this disgusting practice. According to several news reports, cases of torture have also been came to light.

The Government now should focus on restoring normalcy in Sri Lanka, rather than using emergency as a tool to suppress the dissenting voices. Diplomacy will play a key role in this situation as Sri Lanka will need to engage with multiple international organisations for a bailout or relief package. While several countries like India and China have come forward to help the island nation, it still will not be enough to turn the tide.

Economy is finally making a recovery, but a war between Russia and Ukraine can undo all the recovery. 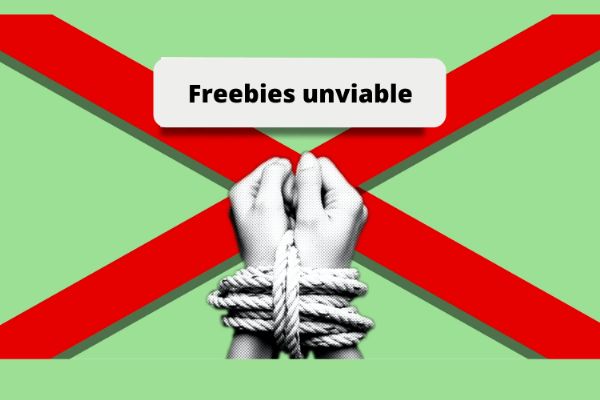 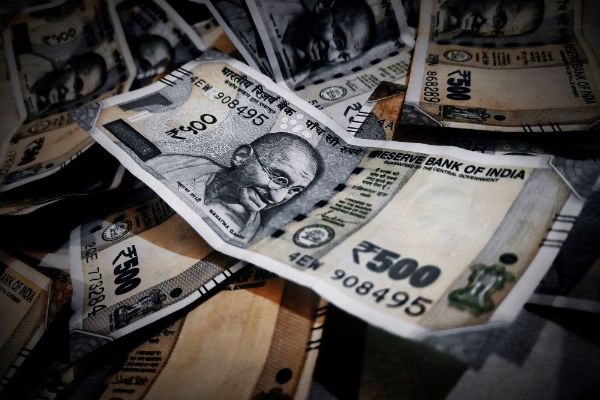 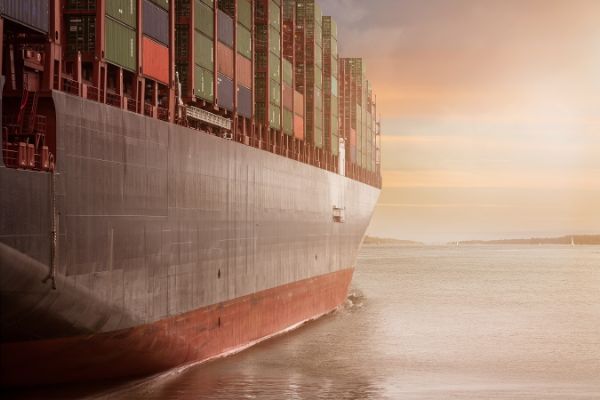 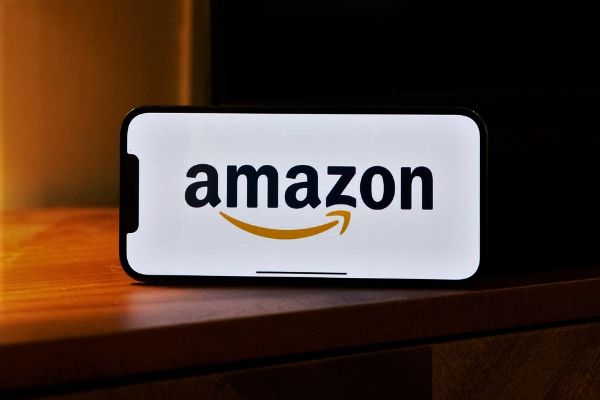 Amazon, a platform for small businesses?
a year ago